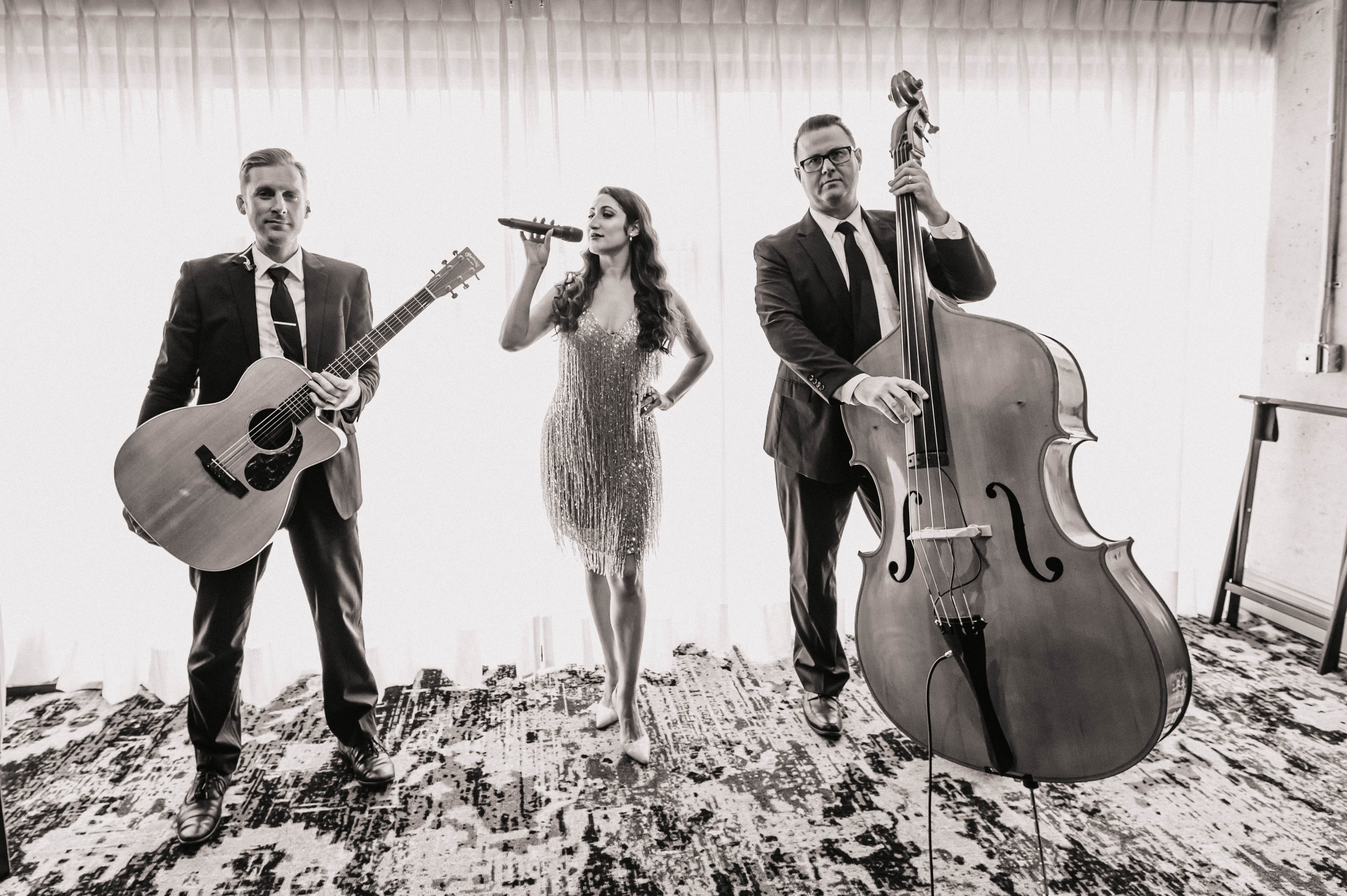 By Blue Bamboo Center for the Arts.

The Nik & Reema Trio is a Jazz/Noir Pop group featuring Niklas Schonbeck on guitar, Reema Schonbeck on vocals, and Jon Warcholac on bass. Armed with only a guitar and sultry vocals, Reema’s noir pop style has been called “so beautiful to experience.”

They have performed in Paris, Berlin, London, Alaska, Mexico— as well as every part of the United States from California to New York. Nik & Reema’s sound can be heard on Platinum level selling albums, on TV, in commercials, on Disney stages, as part of press releases for luxury resorts, and so much more.