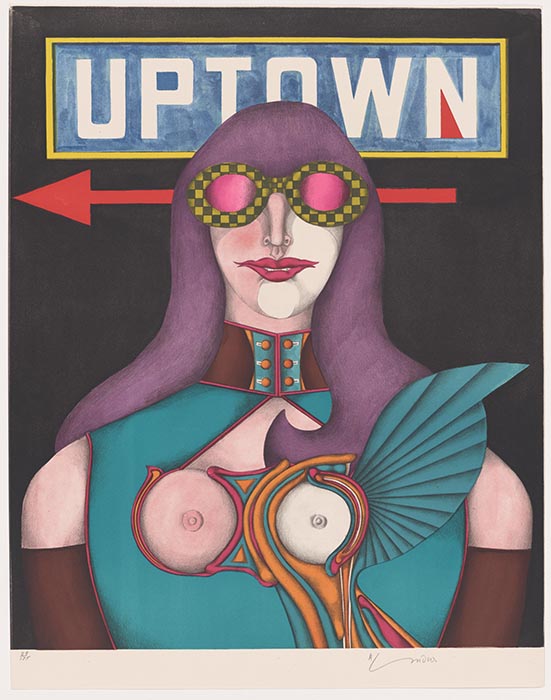 German-American artist Richard Lindner (1901-1978) fled his home country at the advent of the Second World War. After a few years as a graphic designer in Paris, in 1941 he moved to New York where he worked as an illustrator for prominent magazines such as Vogue and Harper’s Bazaar.

This installation features the portfolio Fun City, created in 1971, in which depictions of the city’s eccentric dwellers vibrate off the paper using creative design elements and pulsating color juxtapositions.