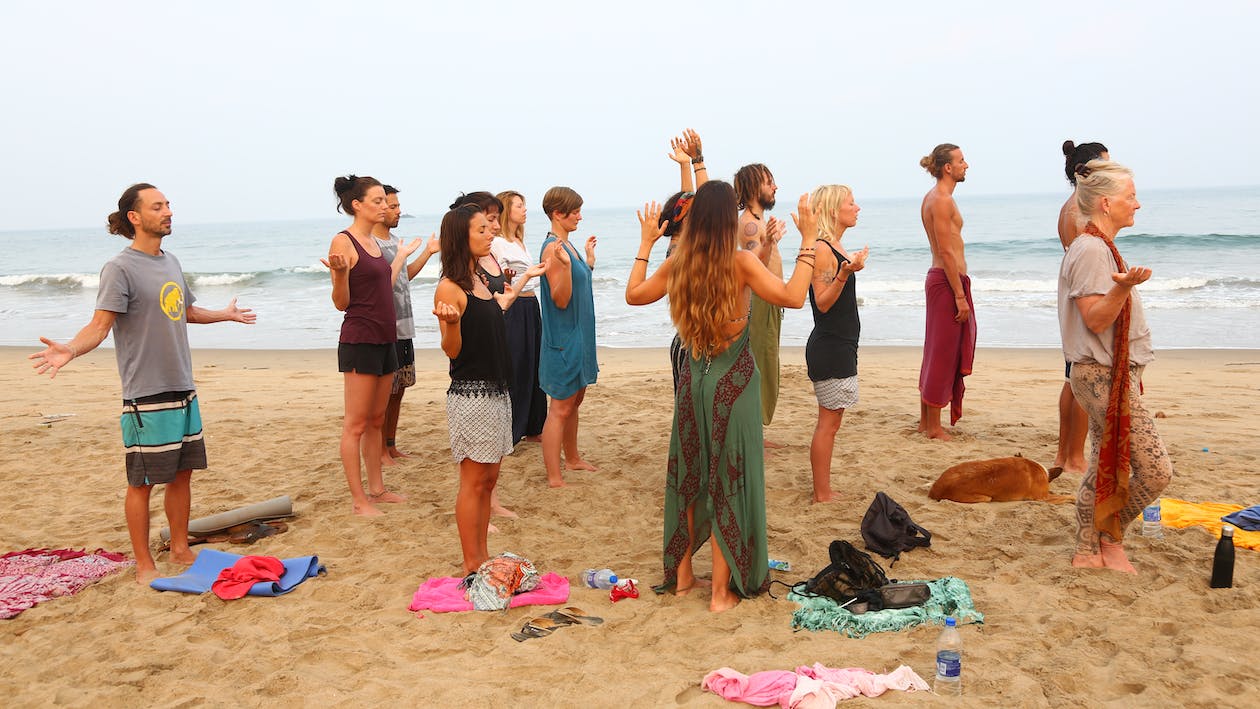 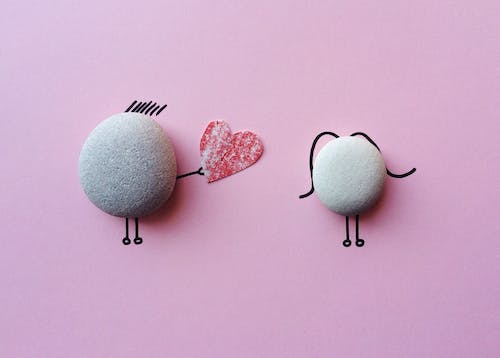 Valentine’s Day is an opportunity for people in Canada to tell somebody that they love them in a romantic way. It falls on February 14, the name day of two saints, St Valentine of Rome and St Valentine of Terni. In pre-Christian times, the middle of February was a time of pagan fertility festivals in Europe and allegedly the time when birds chose a mate.

What Do People Do?

Many people send letters, cards, presents and gifts to the person with whom they have or want to have a romantic relationship. Valentine’s Day cards are often red or pink and decorated with images of hearts, red roses, teddy bears, presents or happy couples kissing or embracing. They may be in brightly colored, perhaps pink or red, envelopes.

Valentine’s Day can also be an occasion for a more general celebration of love and appreciation of people who are personally important to an individual. School children may help decorate their classrooms with hearts and spring birds and make cards or presents for their parents. Stores may also sell Valentine’s Day themed cakes, cookies or candy. Teenagers and young adults may hold Valentine’s Day parties or dances on or near February 14. 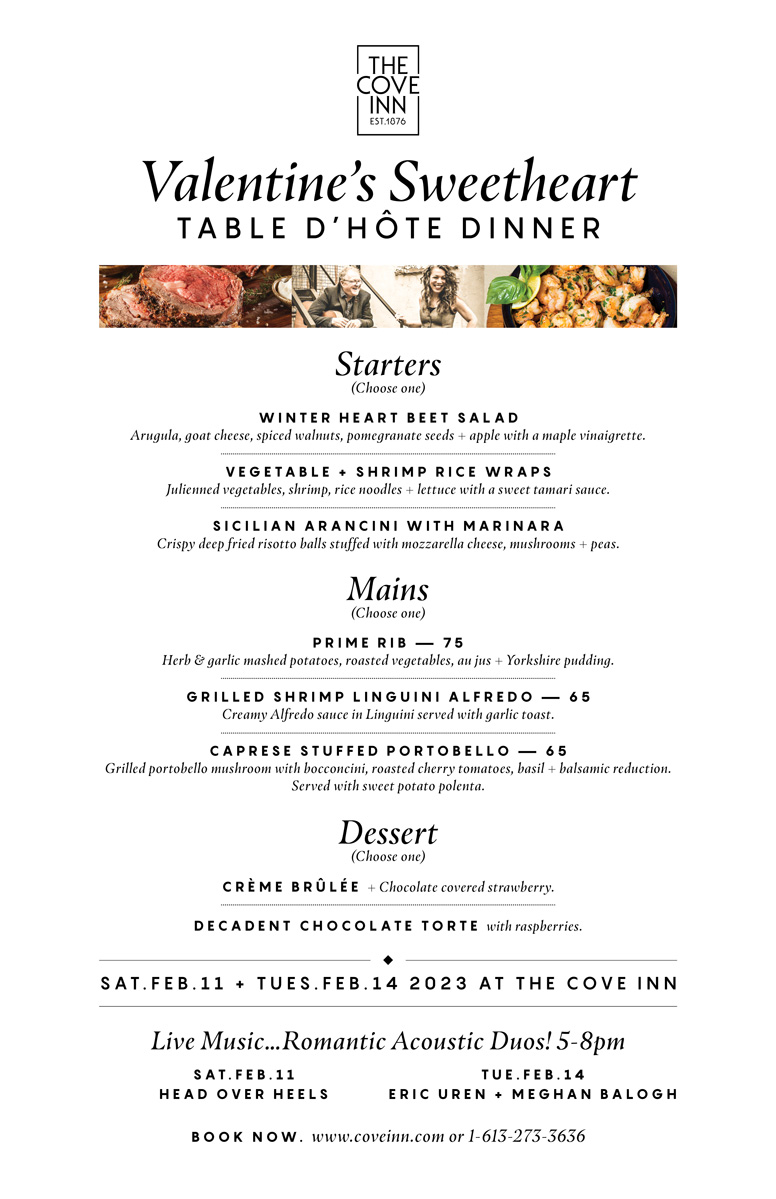 Bring your loved one to The Cove Inn on Saturday February 11th, 2023 and celebrate with dinner and live music during our “Valentine’s Sweetheart Table d’Hôte Dinner.” From 5-8pm, we’ll have a fixed special menu and music from our “romantic acoustic duo” Head over Heels!

Our menu for the evening will be:

Your live entertainment for the evening will be provided by none other than Head Over Heels.

HEAD OVER HEELS (Gananaoque, (Vocal/Guitar Duo) Kingston’s Kevin Head is an accomplished singer, songwriter, musical director and actor. Formerly from Nova Scotia, where he still has close ties, and once called “The Original Salt Cod Cowboy”, Kevin toured extensively throughout the Maritimes with bands, theatre troupes and as a solo performer/singer, songwriter.

He has performed in shows with Valdy, Charlie Major, The Rankins, Gowan, opened a cross-Canada tour for Chris DeBurgh, acted on stage with the late Denny Doherty, and over the years has had lovely musical contributions on his recordings from Ken Pearson (Janis Joplin, Bruce Cockburn), Willie P Bennett, and Kate McGarrigle. Kevin’s most recent appearances include a mainstage appearance at the 2012 Blue Skies Festival in Clarendon, hosting the 2012 edition of Liner Notes Live Songwriter Circle, 2012 Limestone City Blues Festival, opening for Alex Cuba with the Bob Robertson Trio as part of the Limewire music series in 2011, and numerous solo appearances and performances with his duo “Head over Heels” in the Kingston, Gananoque and Westport areas.

He released a new CD of LIVE material recorded October 2013 with his band and life/musical partner MISS V with whom he performs regularly here at The Cove! 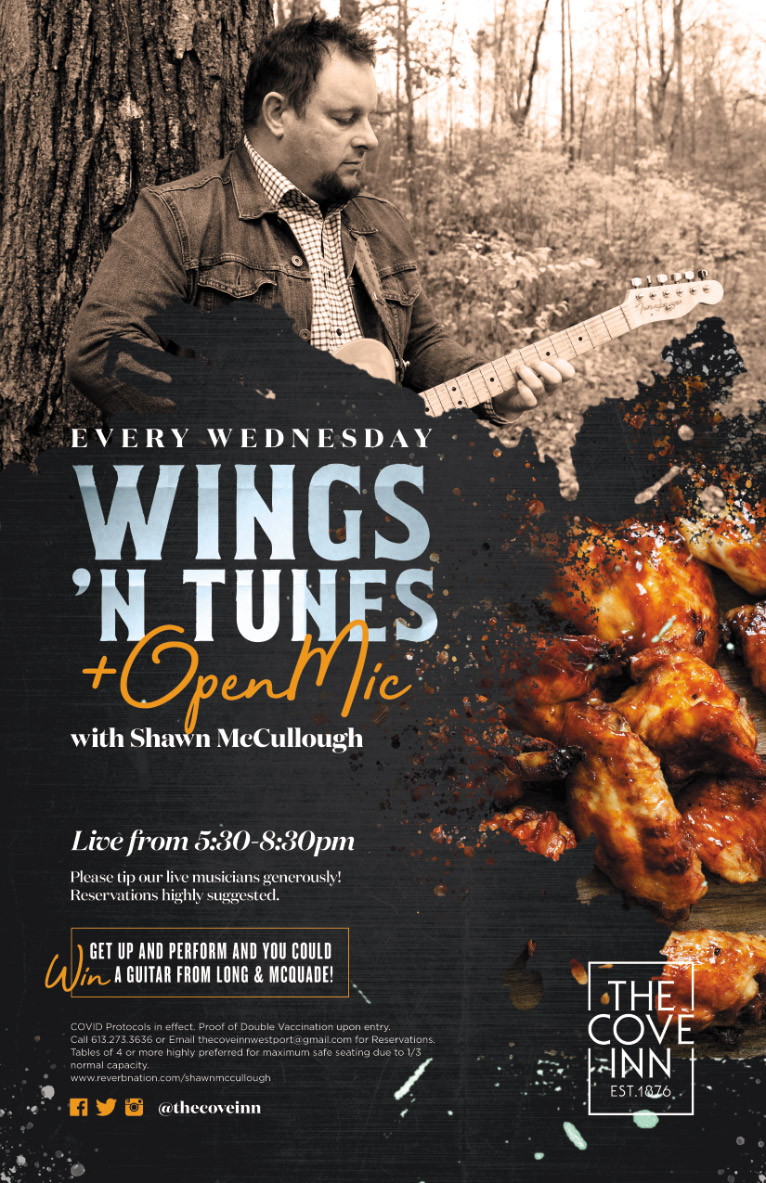 Shawn McCullough is a Master guitar player/singer/alternative lyricist/showman/songwriter. He has played and toured with Canadian Country star Jason McCoy (The Roadhammers) and has been a part of Telecaster supergroup The Telebastards featuring Steve Piticco, Country Pickin’ Mayhem Band with 2 x 7 time CCMA Guitarists of the Year, Wendell Ferguson and Steve Piticco, as well as a member of DoubleBack with Wade Foster and John Wilberforce. He is highly in demand as a session musician and sideman for his incredible skill, wit and stage presence. He has a solo record to his name “This is Me” and is currently performing with rising CMAO and CCMA nominated Country star Brea Lawrenson!  His latest accomplishments are a series of singles released on Apple Music and Spotify getting lots of airplay on Country Music Radio. Check out “Change”, “Canadian Soldier”, “Sidewalk”, “Never Drinking Again”…more to come.

Hear the next best thing in the local music scene at the Open Mic! You can win a Gift Certificate to The Cove nightly with crowd response AND/OR get your name in the draw for a guitar at the end of each season of Wings ‘n Tunes and Rack ‘n Tunes.

Have a NIGHT out on the town with MUSIC and some mouth watering wings!

Thanks to Nate and everyone at Long and McQuade Music in Kingston, you can win an acoustic electric guitar if you get up and perform a song! Sign a ballot and you are good to go!

Join us to find out What’s Cooking! We test out new recipes together. Maybe try foods we’ve never tasted before. We make nutritious and delicious dishes from around the world, focusing on local, seasonal and budget-friendly foods, including those found in the Good Food Box, with the occasional exotic ingredient mixed in to spice things up!

While we’re having fun in the kitchen, playing with our food, we’ll be sharing our cooking skills with each other and learning reliable nutrition and food safety tips from our Dietitian, Kate. Whether you’re looking to make new friends or to enjoy a free meal (and maybe even take home a doggy bag too), What’s Cooking is the place for you! No skills required.

We can show you how to boil water! There is no cost to participate. What’s Cooking is offered from 10am – 1pm at Country Roads Community Health Centre in Portland on the 1st Tuesday of the month. 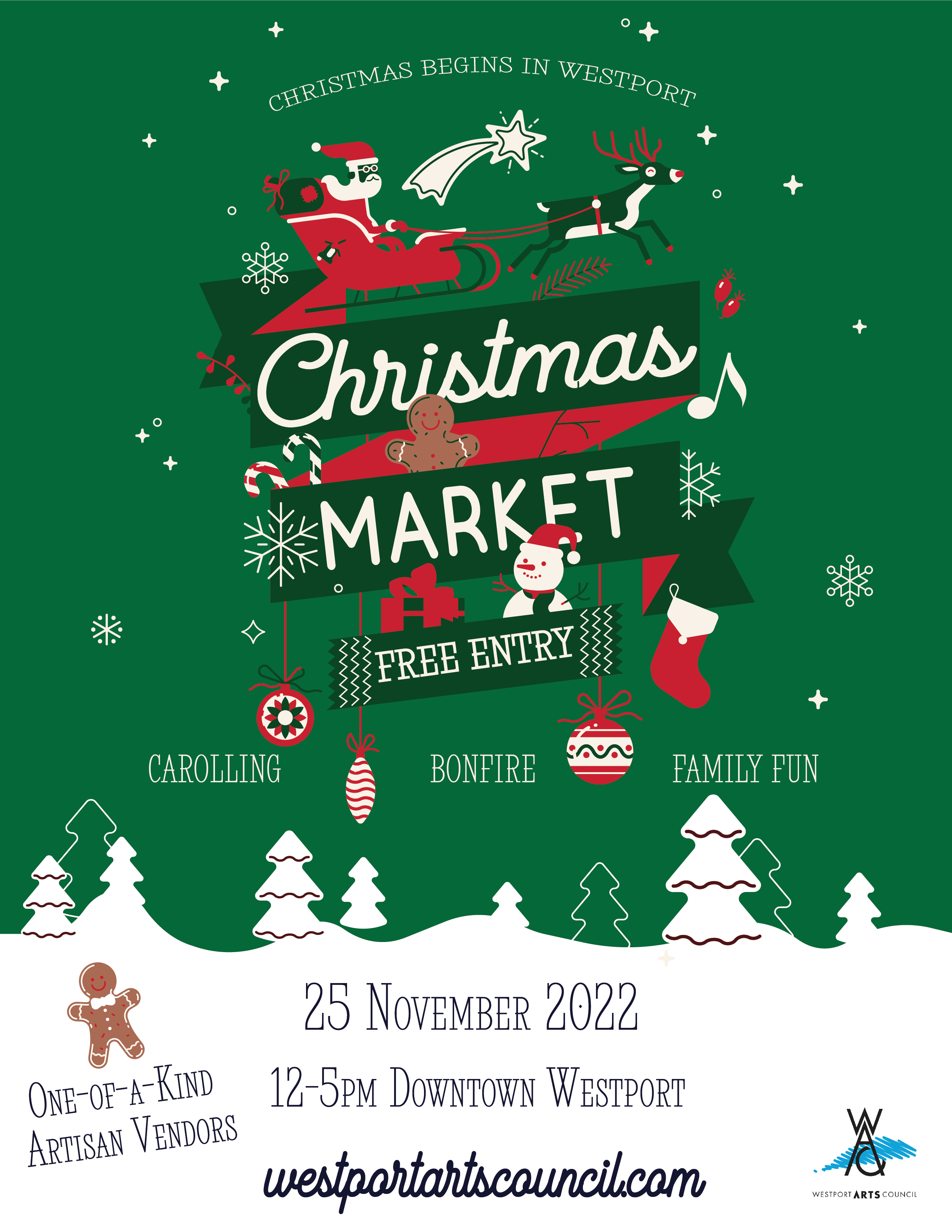 Start the Christmas season in Westport with the Annual WAC Christmas Outdoor Market. With curated one-of-a-kind artisan vendors, you’re sure to find something special for that special someone.

Registration forms are available online at WWW.RLPL.CA on the Kids & Teens page

Curbside Collection: All garbage must be in clear bags with a valid bag tag on each (3 bag per week limit). Black/dark bags will not be accepted for either curbside collection or at the Portland Transfer Station.

Type of Material That Can Be Recycled

Plastics #1-7 (including but not limited to):

Including but not limited to:

Lids must be removed. Including but not limited to:

Portland – Rideau Lakes Library Play, Learn & Story time – 1st and 3rd Monday of each month (No group in July or August) at Country Roads Community Health Centre in Portland from 10-11:30am. Join us for play and learn plus a story! Sensory bins, books, arts, music and play for children 0-6years. An Early Years Family Navigator is available to discuss social and community needs with parents and caregivers too.