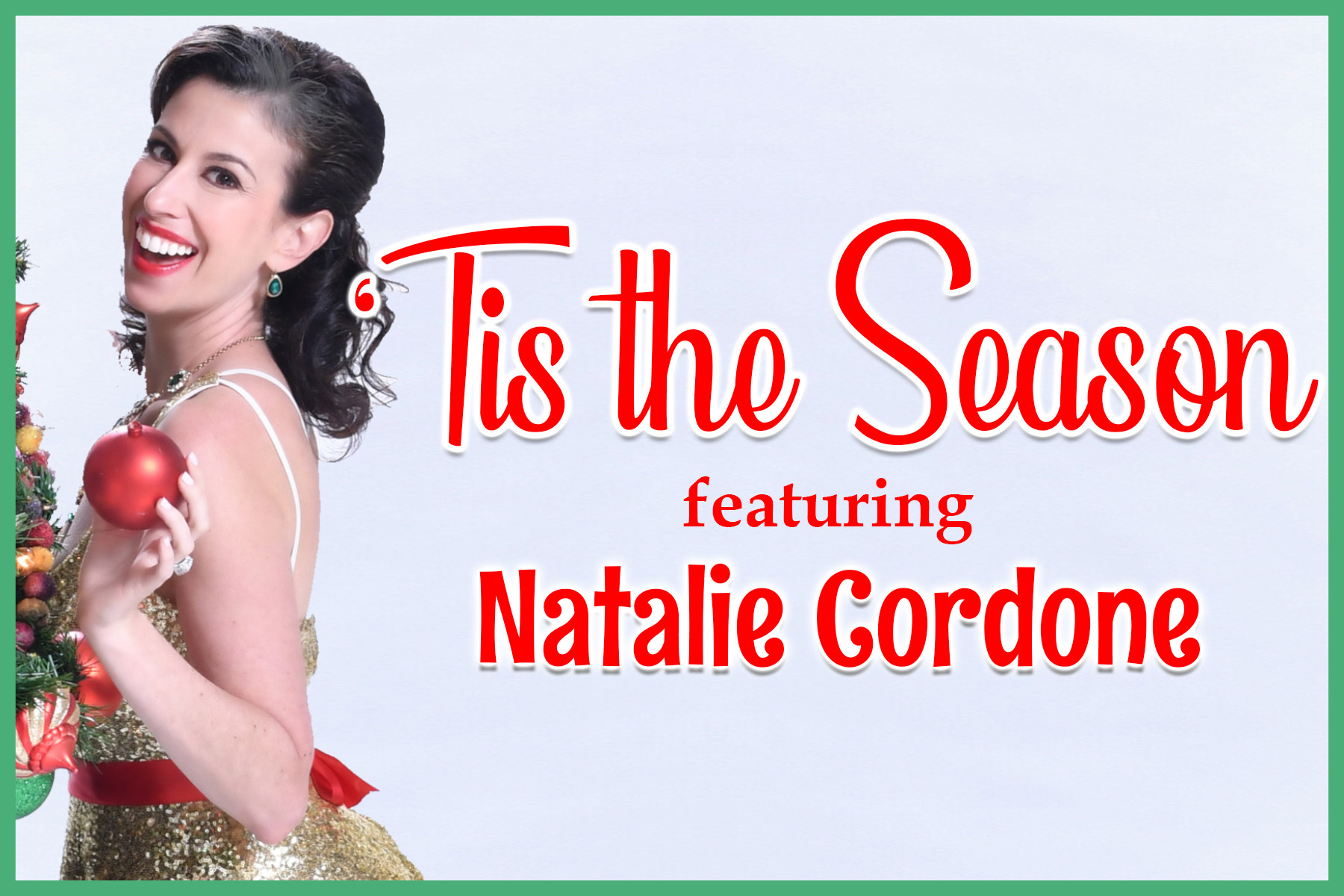 Celebrate the holiday season with this special new one-hour cabaret featuring the fabulous Natalie Cordone! Performing favorite seasonal hits from radio, TV, film and stage, Natalie’s stunning voice and charm will be the perfect way to brighten up your holiday festivities. Playhouse Musical Director Christopher Leavy will accompany on piano.

During the second half of the nineteenth century, iridescence—the optical light phenomenon natural to seashells, butterfly wings, and peacock feathers—captured the interest of glassmakers and potters in both Europe and America.

The enthusiasm for mimicking these color-changing effects followed exciting discoveries of antique glass that had become iridescent after centuries of burial within mineral-rich soils. The premier decorative art studios of the West, notably Louis Comfort Tiffany’s firm in the United States and Glasfabrik Johann Loetz Witwe in Europe, developed chemical techniques to reproduce iridescent rainbow colors on par with nature.

In this exhibition, the Museum celebrates iridescence through diverse examples from these and other companies of the era represented in its collection.

$6 adults, $5 seniors, $1 students (with valid ID), free for children younger than 12. Member admission is, of course, free. Get tickets.

What Is That You Express In Your Eyes? The Inspired Works Of Alberto Gomez 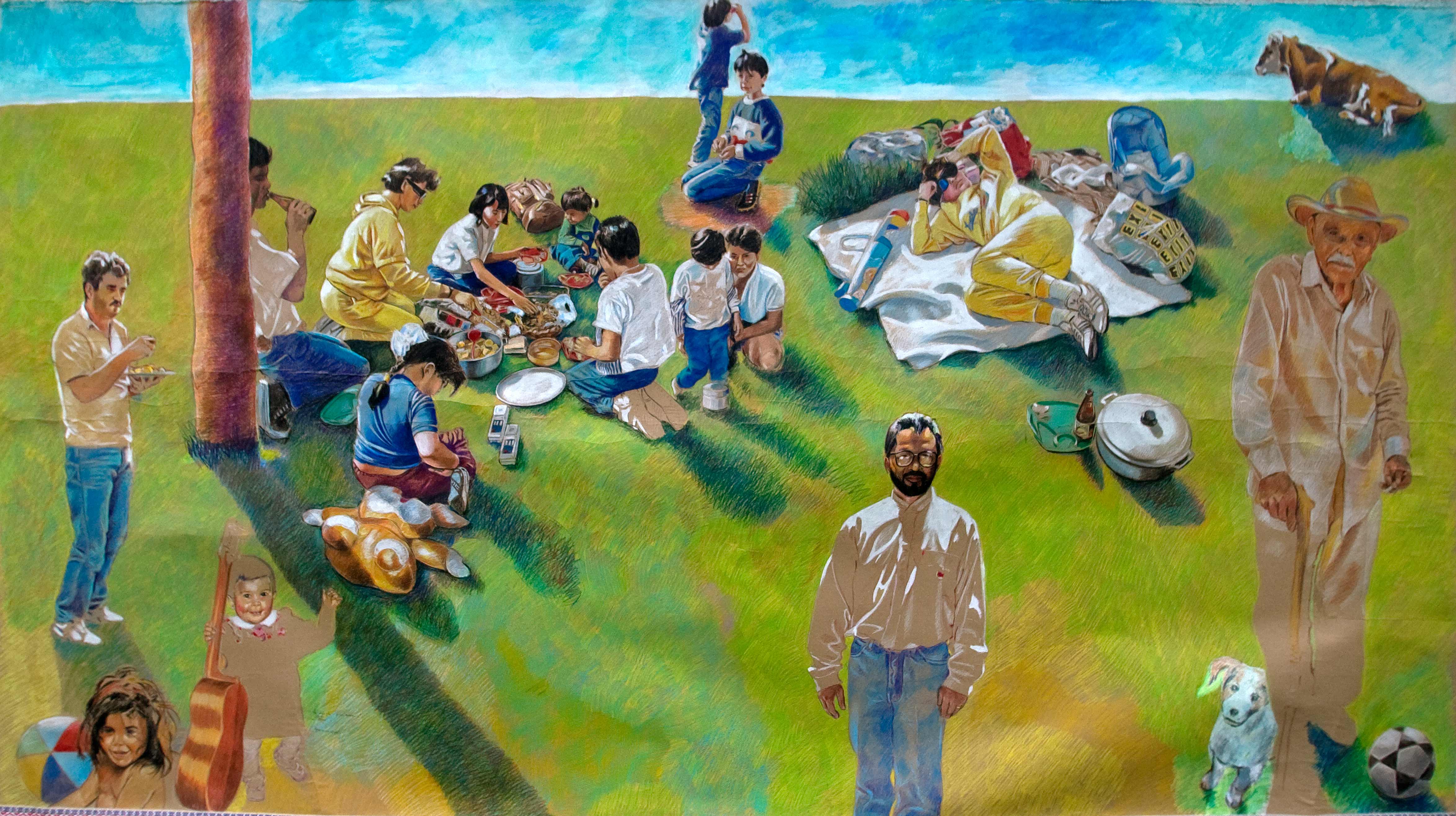 Internationally-exhibited Alberto Gómez has participated in more than 25 solo and group exhibitions and has works displayed in many private and corporate collections in the United States and abroad. In 2002, he received the Simon Bolivar Prize as Central Florida’s Best Latin American Artist.

Born in Bogotá, Colombia, Gómez is a figurative artist, painter and master print maker who became a U.S. citizen in 2011 and has created 31 large scale murals throughout the United States.His style of painting is realistic with regards to the objects and people, often mixing the past, present and future in one painting depicting people, figures and daily life while addressing the spiritual, social, philosophical, historical and political events.

As the result of a Crealdé commission and a collaborative community project, Alberto Gómez created a social justice themed mural in 2006 for the Hope CommUnity Center in Apopka. Crealdé has commissioned the artist to create a large three-panel mural on the history of immigration in the United States, which will debut during this exhibition and then be shown at the two-day Orange County Arts & Cultural Affairs’ FusionFest (November 28 and 29, 2020).

407-671-1886
http://crealde.org
Tags: Museum Art, What Is That You Express In Your Eyes? The Inspired Works Of Alberto Gomez, Winter Park FL, Winter Park FL Events

Penelope, Princess of the Peacocks – Virtual

A weekly pre-recorded virtual performance of Penelope, Princess of the Peacocks, will be uploaded to the Winter Park History Museum’s Facebook page every Monday at noon. Penelope’s show engages toddlers and children with songs and storytime from The Peacock Castle.

Select Portraits from the Morse Collection

The Charles Hosmer Morse Museum is open by appointment only – schedule yours here.

Portraiture in America in the latter half of the 19th century and early part of the 20th century took on a different purpose. Rather than romantic portrayals of royals and magnates, paintings of people who commissioned portraits showed qualities beyond the physical attributes of their subjects. John Singer Sargent (1856–1925), Charles Hawthorne (1872–1930), and Cecilia Beaux (1855–1942) were portraitists that let the paint express the individual’s character and who did not simply reproduce the subject’s likeness on canvas. Portraits from the Morse Museum’s American painting collection are part of its repository of American art from the late 19th and early 20th centuries.

Must call for times

Hot Seat Academy is a business resource series designed to give insight on success.

This film is a part of our Popcorn Flicks series, which takes place in Central Park, Winter Park once a month and it’s FREE and open to the public!

Larry, Moe and Curly Joe work in a pharmacy where a young professor works on a time machine. When the machine is sabotaged by foil Ralph Dimsal, the Three Stooges, the professor and beautiful Diane are transported back in time to ancient Greece. The group lands in the middle of a fierce battle between rival armies. Meeting up with the might Hercules, they soon discover their appearance in the battle helped turn the tide in favor of the wrong side.

The 12th annual Fiddler’s 5K race is a fun run/walk that will raise money for local charities. For those who may think running is overrated there will be a Pint .5k (that’s 1,640 feet) ending with a glass full of beer at Fiddler’s Green.
The race will begin at 7:30 a.m. in Mead Garden, run through beautiful Winter Park, and return to Mead Garden.

There will be an award presentation at 8:45 a.m. From there, the runners, walkers, pups and their cheering squads are invited back for beer and fun at Fiddler’s Green Irish Pub.

Experience the charm of Park Avenue on this uniquely Winter Park wine walk.

Our holiday season Sip, Shop and Stroll promises to be an even more festive wine walk than usual.